About Our Law Office

Christopher M. Stahl was born in Shreveport, Louisiana and raised in Minden, Louisiana. He graduated from Cedar Creek High School in Ruston. He attended Millsaps College, in Jackson, Mississippi, where he obtained a Bachelor’s of Business Administration in 2008. He then attended Loyola New Orleans College of Law, obtaining his Juris Doctorate in 2012. While in Loyola, he received the Successions Law in Excellence Award.

Christopher is married to Allie Aiello Stahl, who is also an attorney in the Shreveport/Bossier area. Allie works as a title attorney at Thaxton Title in Shreveport. Allie and Chris have one child, Elizabeth Aiello Stahl. 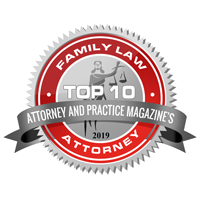 Please note that Family Law, Successions and Civil Disputes all require a $100 consultation fee to be paid up front. Once you submit your request you will be prompted by email with instructions on how to pay your fee.